Marie des Isles, 1959 aka Marie of the Isles 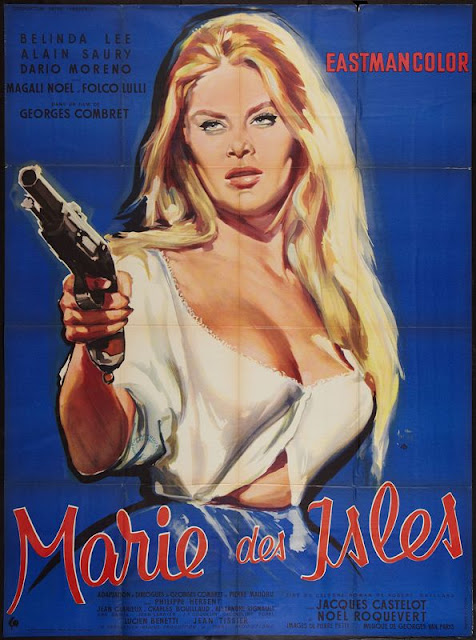 In 1635, Jacques du Parquet, the nephew of the well known explorer Belain d'Esnambic, enters a tavern in Dieppe, and falls in love with the daughter of the bartender, Marie Bonnard. He knows his noble family would disaprove such a marriage; besides, he is nominated for the post of governor in Martinica. He promised never to forget Marie, but as time goes by, she will accept to marry a rich and unscrupulous man, Monsieur de Saint-André. When her husband is appointed to serve in Martinica as General Commissioner, Marie demands to go with him. At her arrival, all sorts of trouble arrive: pirates take action against travellers and goods, rotten deals set the two officers against each other, and finally jealousy settles to make things worse.(imdb) 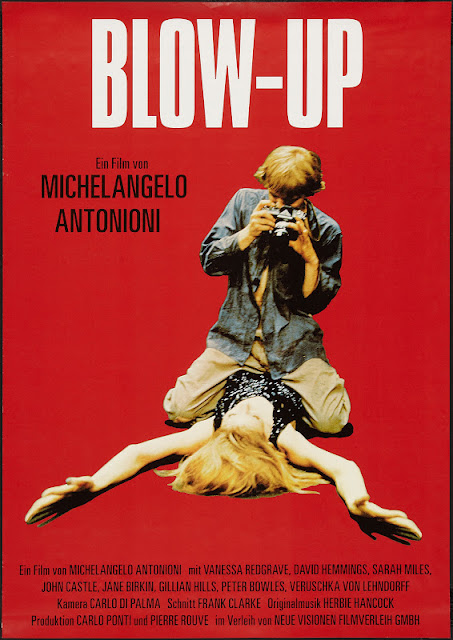 Blow Up, the 1967 Michelangelo Antonioni English/Italian/U.S. crime mystery thriller, starring Vanessa Redgrave, David Hemmings, Sarah Miles, The Yardbirds (including Jimmy Page & Jeff Beck), John Castle, and Veruschka von Lehndorff (Russian model who is featured on most of the posters from film)
A successful mod photographer in London whose world is bounded by fashion, pop music, marijuana, and easy sex, feels his life is boring and despairing. Then he meets a mysterious beauty, and also notices something frightfully suspicious on one of his photographs of her taken in a park. The fact that he may have photographed a murder does not occur to him until he studies and then blows up his negatives, uncovering details, blowing up smaller and smaller elements, and finally putting the puzzle together.

A few more posters for this film 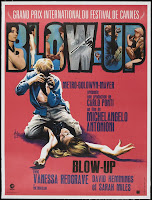 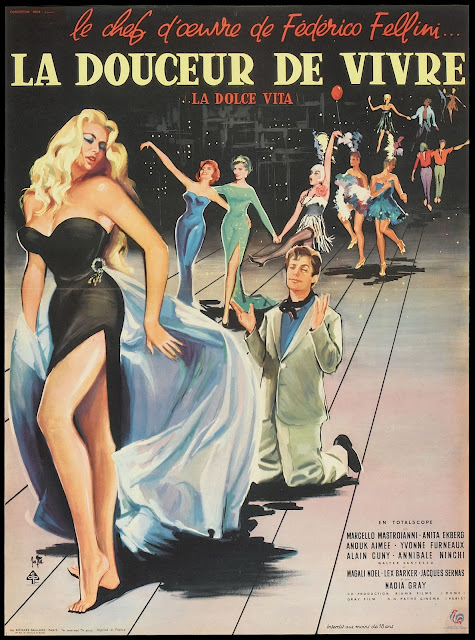 Journalist and man-about-town Marcello struggles to find his place in the world, torn between the allure of Rome's elite social scene and the stifling domesticity offered by his girlfriend, all the while searching for a way to become a serious writer.(imdb)
Artist: Yves Thos
French, grande, about 46" x 62"
No comments: Links to this post 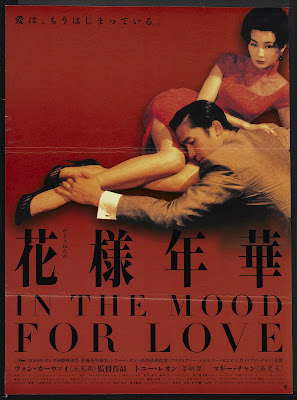 Set in Hong Kong, 1962, Chow Mo-Wan is a newspaper editor who moves into a new building with his wife. At the same time, Su Li-zhen, a beautiful secretary and her executive husband also move in to the crowded building. With their spouses often away, Chow and Li-zhen spend most of their time together as friends. They have everything in common from noodle shops to martial arts. Soon, they are shocked to discover that their spouses are having an affair. Hurt and angry, they find comfort in their growing friendship even as they resolve not to be like their unfaithful mates. (imdb) 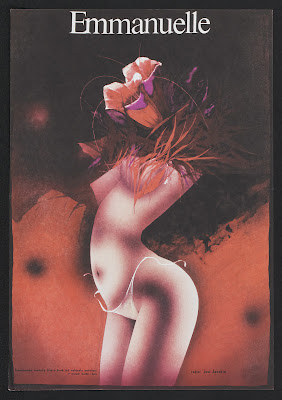 
Emmanuelle is a beautiful young model and lives in Bangkok together with her husband Jean, who's several years older. She likes him because he's taught her much, and he likes her because she's learning so well - and wants to often. Both are very tolerant in matters of extramarital affairs, so he doesn't mind the young Marie-Ange coming over every so often, although she obviously wants more than talk from his wife. But Emmanuelle is more fascinated by the older Bee, and joins her on a trip into the jungle.(imdb) 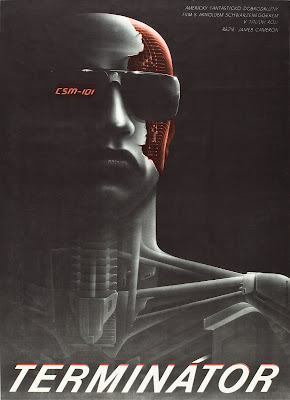 A cyborg is sent from the future on a deadly mission. He has to kill Sarah Connor, a young woman whose life will have a great significance in years to come. Sarah has only one protector - Kyle Reese - also sent from the future. The Terminator uses his exceptional intelligence and strength to find Sarah, but is there any way to stop the seemingly indestructible cyborg ?(imdb) 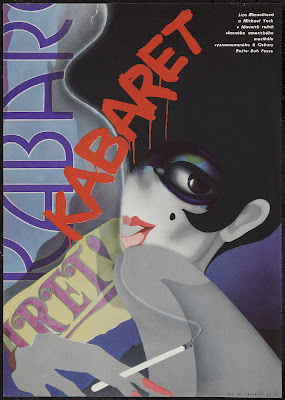 Cabaret, the 1972 Bob Fosse musical melodrama set in pre-World War II Nazi Germany. Based on the Musical Play "Cabaret". Starring Liza Minnelli as Sally Bowles, Michael York, Helmut Griem, Marisa Berenson, Joel Grey, and Fritz Wepper.
Sally Bowles, an American singer in 1930s Berlin, fall in love with bi-sexual Brian. They are both then seduced by Max, a rich playboy. Sally becomes pregnant, and Brian offers to marry her... All the characters are linked by the Kit-Kat club, a nightspot where Sally sings. 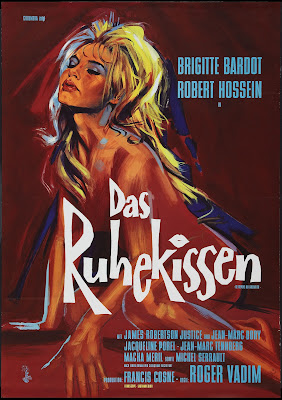 When the Parisian bourgeois Geneviève Le Theil travels to Dijon to resolve outstanding subjects in the inheritance left by her wealthy aunt, she mistakenly opens the door of another room in the hotel, finding a suicidal near death on the bed. Later Geneviève goes to the hospital and is introduced to Renaud Sarti, the nihilistic alcoholic vagrant she saved. Geneviève falls in love for Renaud and brings him to her apartment in Paris, initiating a destructive, masochistic and corrupt relationship with the abusive man. (imdb) 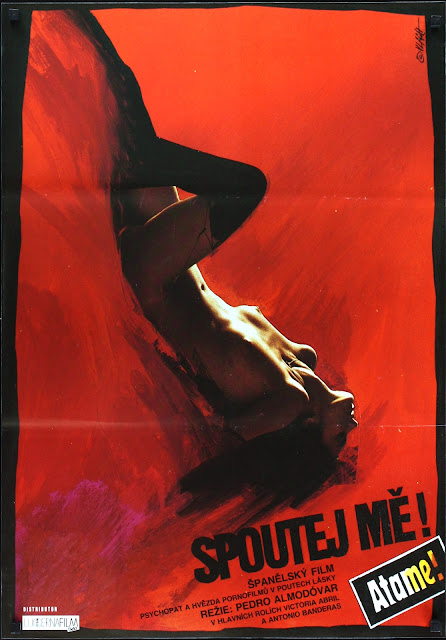 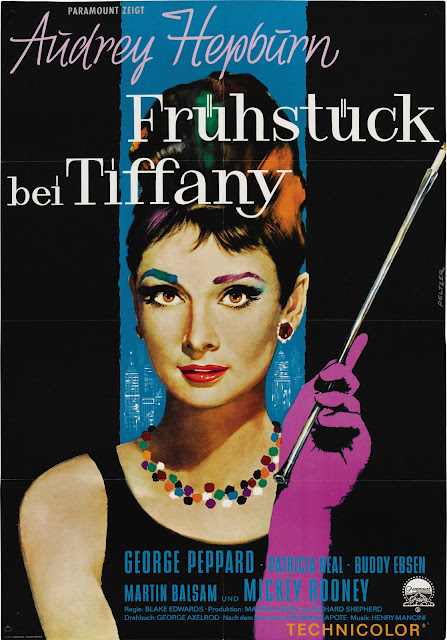 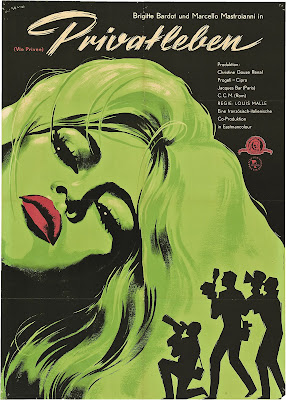 Beautiful and rare East German poster of Brigitte Bardot for the film. 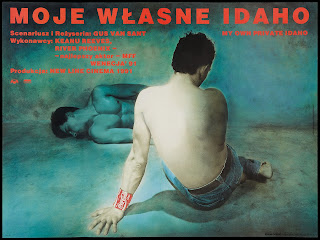 
My Own Private Idaho, the 1991 Gus Van Sant gay melodrama about the friendship between two male hustlers, Mike and Scott, in Portland, Oregon. They live on the streets, do drugs, and sell themselves to men and women. Mike is quiet, gay and suffers from narcolepsy. Abandoned as a child, he is obsessed with finding his long-lost mother. Scott is the rebellious son of a high-ranking family, who lives this life mostly to embarrass his father. Mike is in love with Scott, who still maintains he is straight and insists that his wild lifestyle on the streets is only temporary. Together, they embark on a quest to find Mike's mother, travelling from Portland to Idaho to Italy, with Scott picking up a beautiful girl along the way.
Starring River Phoenix, Keanu Reeves, James Russo, William Richert, Rodney Harvey, Michael Parker, Flea (the bass guitarist from The Red Hot Chilli Peppers), Chiara Caselli, and Udo Kier.
No comments: Links to this post 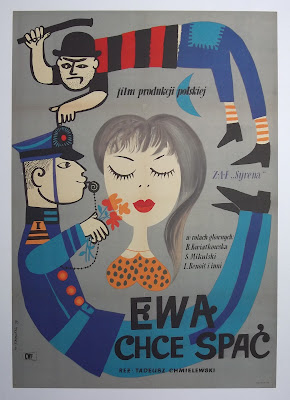 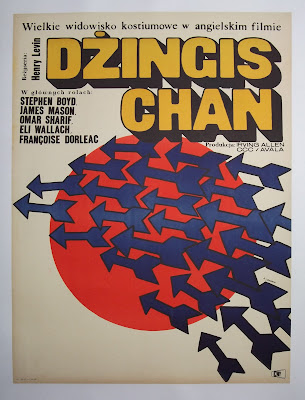 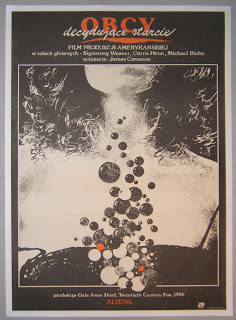 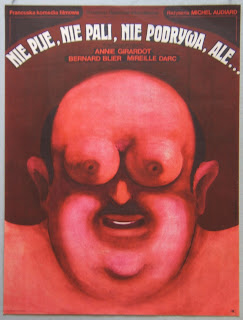 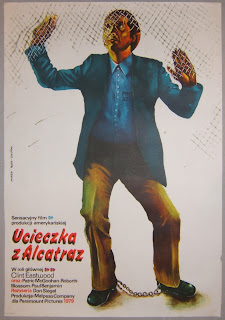 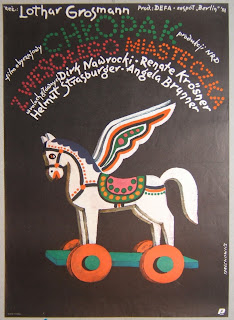 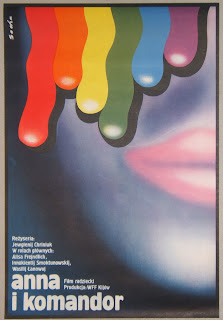 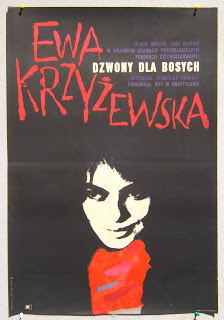 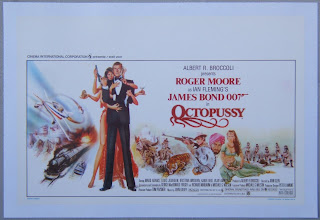 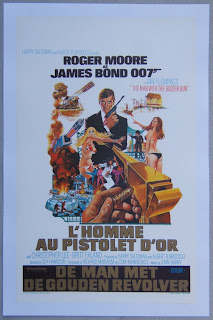 The Man with the Golden Gun, UK 1974; Dir. Guy Hamilton
No comments: Links to this post 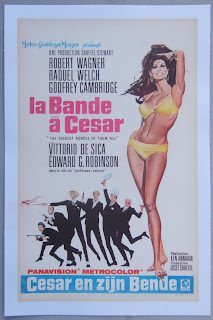 The Biggest Bundle of them All, US 1968; Dir. Ken Annakin
No comments: Links to this post 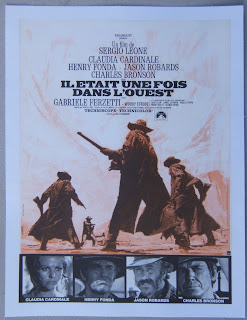 Once Upon a Time in the West, Italy 1968; Dir. Sergio Leone
No comments: Links to this post 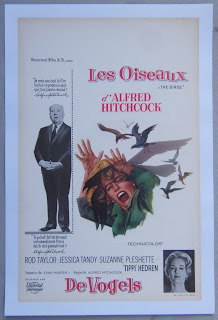 The Birds, US 1963; Dir Alfred Hitchcock
No comments: Links to this post